Sorry for the confusion and all around annoyance, babes. I added the info to every page that has a PDF that could be affected by this, so info should be readily available for newbies.

I wanted to check in and let you all know that I have some new audiobooks up on the website, many of them free. So far there’s

The Autumn Prince (members only)

I’m recording Hellcat: Mated To The Demon Prince atm. One of the longer novels, I’m hoping to have it on the website soon depending on how well I can keep my focus. I’m also eyeballing certain tech and having different ideas about how to proceed. I stopped to try something different with I’ll Tell, where I attempted to alter the voices so that they would sound like different characters… but I don’t think it really worked because of the synthetic voice base.

Oh, Wendy has a new book out! It’s a continuation of her Omega Misfits series. 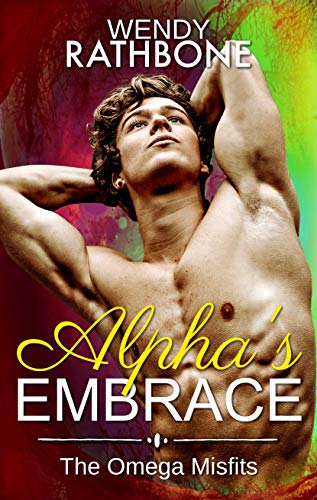 My name was given to me at birth by the doctor who delivered me. I have never known my parents. I live in a ten by ten space with one window, a sink and toilet, a bed and a locked door. Once a day I’m taken to an outdoor exercise area. I am allowed a limited access tablet and tutored online by computer programs. I have one friend I talk to through a tiny crack in the wall. His name is Cedric and he has trouble keeping himself quiet. When he isn’t talking to me about monsters and demons, he screams all the time.

Why is my life so isolated and depressing? Because I am a Sylph. Sylphs are the byproduct of illegal Omega to Omega matings. We are all beautiful, but 99.9% are born insane. The rarest of Sylphs, like me, show no outward signs of madness or brain damage, but we live in institutions because we cannot be trusted.

All of us Sylphs who have lived long enough to pass through puberty have hypersexual disorder which makes life even more difficult for us, let alone our keepers. It is like something Alphas call the Burn, a mating urge Alphas experience once every couple of months.

But we’re Sylphs, not Alphas, and this Burn thing? We experience it all the time. It’s a huge problem and why we are kept isolated. Most of us don’t survive through our teens because of it.

One day, a handsome Alpha comes to interview and study me. He calls himself the Chief of Staff but his real name is Geo. Like magic, I fall in love with him instantly. I do everything I can to seduce him. He will have none of it because touch between an Alpha and a Sylph is taboo. But I have plans. No matter what, I intend to bond him and make him mine. Forever.

So after a month of me living in the car, things have finally been settled between the landlord and homeowners insurance, etc and we got some mold people to come in and clean things up. They started yesterday. Won’t be 100% done until Monday (I think.) I’m having some misgivings about the whole thing, one being that no one found out how water got in the house and therefore we have no way of knowing if there’s a leak or something. >_> And one mold group said there was mold in the insulation under my bedroom, while this mold group says there isn’t, and, yeah… since they won’t remove the insulation, that might be a serious issue, depending on if it’s moldy or not.

I don’t know. I don’t understand half-assing something like this. No inspector to figure out how water got in — I don’t understand why someone would spend thousands while not actually ensuring the job is done right to prevent needing to spend thousands later. I’m thinking about making a bubble in the house once the mold peeps are done, see if that might be useful… >_>

So yeah, that’s the news I woke up to and just shit I gotta deal with. Being sick has made it really hard to advocate for myself in a reasonable way—I want to yell a lot. It’s like my default. My brain is swollen and all I want to do is yell about shit. And don’t get me started about what’s happening in the world, cuz I got plenty of rage for the ineptness and stupidity and criminal ignorance that has led to such shitty responses to the virus. But I’m not going to talk about that shit— or much shit at all, because I’m just angry and tired and broken about everything.

I haven’t been able to write, but I’m enjoying making the audiobooks. I found some cool software to try different voices, but my Internet connection just doesn’t seem to be steady enough for it. I can’t believe Hellcat is nearly done — it felt like such a big project but it really didn’t take too long. I’m just being slow cuz of the edit. The synthetic voice pauses a lot on commas. Like, to the point the phrasing just sounds wrong and confusing, so I’m literally going in and shortening certain dead air to make things flow… (because I’m a crazy person. >_> ) I’m not sure which one to do next… maybe Heat and Bite from the A Mate Of His Own Series… We’ll see. I’m holding off on the PATB books, only because I did so many freaking sound effects and growls and shit @[email protected] and I’m not sure how to get that to work just yet. Like, should I try to overlay a weird wolf growling to get the effect or a hissing noise? Hmm… that might actually work instead of trying to get the synthetic voice to hiss…

So yeah, that’s been my last month. My brain goes in and out of severe inflammation. Focus has been shit. Emotional stability shit. But I’m, for the most part, perfectly fine. The car is comfy. I’ve got a mini heater for the nights. We wet down the ground and driveway so the dust and mold in the yard doesn’t fuck me up when I’m in the car at night. I have little to no routine—showering is extremely scarce. Stare at the phone screen a lot wishing my mind would focus… uh… yeah. It’s not death. Pain comes and goes. Getting over a tooth infection — because of course it got infected again. Yeah, just stuff. Not much worth mentioning except maybe, soon, I’ll have a mold free house back.

Hope you’re all healthy and safe, and that this virus hasn’t reached you. The privilege to be able to social distance when some people live on top of each other in small apartments just to have a roof over their heads is rarely talked about. Those forced to work right now (my bf is working >_> ) when we all know staying home and put is the safest… it’s a lot of bullshit to have to face. Essential workers are paid the least— have been for decades— and are also taken completely for granted. And this has not changed that at all. The lip service while workers still aren’t paid a living wage or even given adequate safety equipment, while congress refuses to get money to people to ensure they don’t need to go into work or starve— all while you have rich celebrities and media talk heads and congress people videoing in from their fucking mansions while not doing shit to help anyone… *sigh*

I don’t really want to talk about it…

This is shit, babes. Like, the world is going to hell, I’m watching my government’s ineptness and corruption lead to the worst consequences for everyday people, and it’s just enraging. It’s one thing to see common sense and question things on a small scale, but when you just watched 4.5 trillion dollars be handed to corporation in a bailout they don’t deserve because they inflated the stock market with stock buybacks instead of being responsible and saving their money for later so they could bail themselves out?

When you watch a shitty candidate be installed as the Democratic nominee by the DNC — a choice between rapists, that’s what this election has become. >_< All because the DNC is terrified that a populace candidate will steal their power away (and this is how they use their power, by not helping the working class who can’t pay rent, who are the ones forced to work at grocery stores and in shipping without any appropriate safety equipment for the shittiest of pay) and they won’t even give them single payer healthcare, won’t give them free treatment for coronavirus, won’t pass a moratorium on rent and utilities — let me just say how fucking pathetic the US system is where they think capitalism is going to save us when we can’t even get a company to make us fucking masks or life saving ventilators right now. The people running the show from the corporate mouthpieces posing as government to are actual government are greedy, inept, selfish, and they’re using this global pandemic as an opportunity to grow fat while the American public wonders if they’re going to have food or if hospitals will have enough supplies to keep us alive.

Yeah, I’ve got anger and I don’t want to turn this newsletter into me bitching about the shit that is the wealth inequality that is highlighted and growing because of Covid-19 right now. But it’s what I’m thinking about. A lot. >_> Sorry, I thought this was going to be about making audiobooks, but nope, just lots of rage lately. Stay safe, stay healthy, and tell anyone who wants you to risk your life for some rich assholes who aren’t brave enough to work a hospital or grocery store or delivery truck job for minimum wage to go fuck themselves. Life is worth more than $$ (but if you have to risk your life for others, my fuck, pay people enough to make it worth their while.)

…I think I’m freaking out a bit. Hope. It has been years running from this mold thing, and yet here we are, some weird, sudden promise that it’s going to be fixed in less than a week. That I can have a stable home that doesn’t make me sick and as a result, a stable life where I can do whatever I want to do. I think it’s a bit like being on a rocking boat all your life and suddenly standing on solid ground. It’s unsettling and I’m nor sure how to deal with it all just yet…

Sorry. This is a weird newsletter. Weird times. I truly do hope you’re all well — I know some aren’t. I know a few who already got the virus. But hope, yeah? Tomorrow can be better.