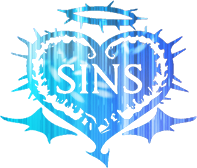 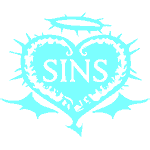 SCROLL TO TOP AND DRAG ← SIDEWAYS → TO NAVIGATE THROUGH SCENES

Ky arrives in a flare of fire, confused and half blind by the light. He spins, trying to put the flames out, which evaporate into the air. He’s unburned, and he looks around trying to discern where he is and remember why. Was it the same town, the same state, the same planet? How would he know?

He sees a door with small windows and daylight on the other side, and he rushes to it first and opens it, seeking a way to figure out just where the hell he is. Out in the morning light, he finds a field, a few sparse trees, and a worn, dirt path that passes for a road. It’s disturbingly mundane, and Ky turns back to the door he passed through and studies it. He’s on a dusty porch that smells like it was recently painted, the banister a deep green among white boards. The door is black and beside it is an old bronze plaque. Ky squints at the raised letters, his jaw gaping as he reads.

The Glover House was built 1814 by the Aeternum Committee. It replaces the original standing house first built in 1639 that belonged to Blackstone Falls founder, Oliver James Glover. It is the oldest standing building in Blackstone Falls and is home of the Blackstone Falls Historical Society and Museum.

“Is this a fucking joke?” Ky looks up at the building, a scowl growing on his face. “The Aeternum is the town’s historical society?”

He throws the door open and stalks back inside, truly seeing the space now. Dim lighting, glass displays with yellowed note cards with neat writing, faded photos, stately curtains, a desk to the side with a register currently unoccupied. No signs of magic, collars, spells, or even that stupid wand museum. It was all the same old historical shit you’d find in any little town.

Ky glares at the stuffed raven above with glass eyes. He pulls out his cell phone to check the time. Were they fucking with him? Maybe they just wanted him out of his house…

His eyes dart to where a curtain behind the desk ruffles in a draft. A hidden door. He leaps the counter and pushes the curtain aside. The door says no admittance. Glaring, Ky grabs the door handle, which turns readily at his touch.

He tenses when the air changes. The doorway is charged with magic, and he feels like he’s entering somewhere very different when he steps through. The lighting is tinted and slightly disorienting, the scents somewhat foreign, and his steps have an odd echo. He’s in a large hall that resembles a high class hotel’s entrance. The decor is just as confusing to his senses, modern contemporary designs combined with furniture straight out of the 1950’s. He stares around the wide, tiled room covered with expansive, thin carpets, lush potted plants, half a wall of books arranged like a piece of artwork, along with a clock so large it took up the other half of the wall, surrounded by smaller clocks.

Ky looks back through the doorway he just stepped in to see the room he left. It looks the same but different, far away and pale as if through a distortion or filter. Was it the wards on the door, or was there something different about where he was?

Ky jolts and grabs his collar, fingers skimming over the white-pink jewel. “Lovely?”

Yes, I… I just want to make sure you’re okay. You feel odd in my head, as if I can’t quite reach you.

Ky lifts his head and looks around to make sure he’s alone. He sees cameras. “I’m fine so far but I can’t talk at the moment.”

There was a sigh of relief in his head. Ky, just remember, you have options. Don’t just…

The silence wasn’t interrupted again, and Ky shut the door to the room behind and stepped further into the room.

That he wasn’t attacked immediately gave him small hope as he looked around the large room, his eyes drawn to a massive staircase and the second floor with a balcony that went around each wall. He could see glass display cases there, far more modern and well kept than the ones in the small room he arrived in.

Intro to the Aeternum side of things.
— I’d like to pull Ky into the large room and up the stairs with the sounds of arguing. The wand museum is above. There’s a commotion, and this is when Ky first meets the apprentices and Liem. One of the cases is shattered and the wand in hand of a 18 something boy yelling about needing to defend his life from that monster. There is a cat demon there, one that is feral in actions, even though a servant to Moore. An intro to Liem’s first love sort of thing. Liem is defending the relic until he sees Ky, then his personality changes to defensiveness.

—Ky attempts to be as unapproachable as possible. Liem is a reminder of just what he’s up against and the consequences of failing. Moore and the trial has been delayed because of the actions of one of the apprentices. The cat relic is injured but has no interest in being helped. Ky must harden his heart. If he heals this relic, his secret will be out. It’s as if the relic understands, because he flees before Ky can act anyways.

—Moore sends the apprentices away—they’re not a part of what’s to come—and leads Ky to a formal looking chamber. Ky is expecting a large group of people. Moore had mentioned the might of the Aeternum coven. It’s a shock to see so few waiting to hear his case.

—I want characters, not flat and boring. These are men and women with unquestioned power over the lives of others, and it has to have changed them in ways that normal people aren’t. They keep their relics with them, Ky offended by the fact they’re all nude. Moore notices and explains curtly that it is to prove none of the demons are female. Overseers are too dangerous, and all female demons are destroyed immediately to prevent the possibility of an overseer. There is something else there, not a relic but an animal from Realm. Ky is distracted by the strange beast, intros and tight conversation, until they finally get to the reason he’s there.

—Moore is in charge of the apprentice side of things, but he’s not running the meeting/trial. That’s a sorceress, and she has five demons on her collar. It’s a struggle for many summoners to be able to handle just one demon, and because of her five, it marks her as the most powerful in the room at the moment. Before things get fully underway, Moore asks all the demons to be removed from the room. His time with Liem has led him to believe Ky is dangerous among the relics, linked or not, and he doesn’t want any problems. Ky is relieved. He’s not sure how long he can control his own relic nature, and being revealed would be worse than death around these people.

—A tense conversation, Ky disgusted by the things stated as if they’re fact, about the ritual overshadowing basic human decency, the structure of the summoner’s league motos, etc. They care nothing of the relics, treat them as subhuman. Some act as if they’re giving them an opportunity to be among a more advanced society instead of the world they came from where they wear rags and know no language. Ky is fighting himself more than anything, trying to strategize around these insane people while feeling out of his depths. He isn’t the type of person he needs to be to win at this game. He’s brash and full of heart and he doesn’t know how to be any other way, just that how he is keeps fucking things over for the relics.

—The Aeternum keeps insisting he’s going to die, that the demons are draining him, etc, until Ky finally breaks away in anger to point out he is very much alive and fine, how else is he there at all? They don’t expect him to be alive much longer. They’re actually surprised he made it this long. Ky’s angered by that as well, frustrated, only to be distracted by a new voice in his head. It’s different, more faded because of the weaker shadow link, but he recognizes Brave. Brave explains that there are sorcerers outside the manor. A large group of them pushing at the wards.

—Ky is furious at the revelation and doesn’t bother to hide the fact he’s communicating with the relics in Tobias’s mansion. The Aeternum is surprised with the ability, but more focused on the cold, hard reality of it all. They will not allow Tobias’s demons to escape and reveal themselves to the humans, possibly go on a murdering spree, etc. No one can predict what the beasts might do. Disgusted, Ky goes to leave, only to find the door is warded and he is trapped inside the room. They’re not going to let him out. They’re going to wait there until he either gives up his relics to the Aeternum, or he dies from being drained through his links.

—Ky’s first move is to talk to Lovely. It’s the same there. At least five sorcerers are outside the property boundaries, waiting. Ky wonders if they’re the apprentices, or if they’re the ones who belonged to the empty chairs in the trial room. He had foolishly thought the Aeternum was smaller than it was. Were they as powerful as the lead sorceress, or weaker? Would it matter given the numbers of them? Moore had walked right through his wards and he only had two links. Just what kind of magic did it take to get though his wards?

SCROLL TO TOP AND DRAG ← SIDEWAYS → TO NAVIGATE THROUGH SCENES