UPDATES AT A GLANCE

Okay, starting on recording audio versions of wips now. I'll be eventually recording the first tries of some of the audiobooks--they sound bad, I know. @[email protected] I've decided to be slightly more selective on the wip front, and not record anything that's just a basic outline. So there will be audio for completed scenes (as much as a draft version will be-- they don't need to be the final edit.)

But I'm currently exhausted and rambling, so I'll leave it at that. Hope everyone's weekend was well. ^.^

draft audiobook Bred By The Pack is complete!

A VISUAL OF THE CURRENT WIPS AND THEIR PROGRESS 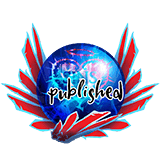