?A New Year’s Opinion On Vaccines And Failure?

No, I don’t have an opinion on vaccines. Well, that is, there is no way in fuck I would share my opinion with the drama queens who clicked on this newsletter just over that title. *wink* No, I saw this post on Facebook after my week long retreat away and I couldn’t stop laughing. The exact quote:

Opinions on Vaccines? For a new baby.

Glorious. I started laughing immediately when I read it in bold letters and a bright background where it was posted in a natural healing group. I knew. I fucking new. A baby combined with vaccines plus OPINIONS? Oh, the torches were already lit to save or sacrifice, and depending on which side, the end result is still you’re either saving or sacrificing that babe. 1.1K comments and it was only posted 2 days ago. Lost it when I clicked and saw the moderator had turned off any new comments because of the flaming. XD

OMF, the Internet is amazing! I appreciate it so much more when I take long breaks away. I’ve been doing this social media break where I stay away during the week and only visit during the weekend. Now that I’m past the ‘reach for the phone’ addiction, it’s so much fun.

Hold on, before I forget…

Did you snag your Demon Bonded calendar? 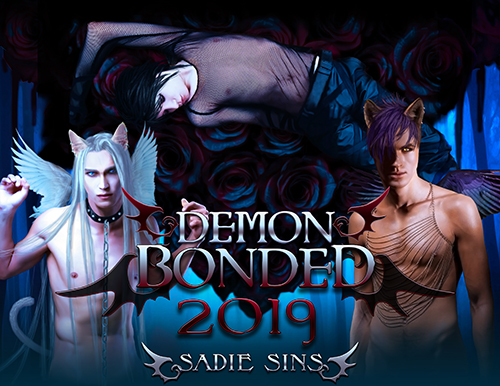 Orders are already piling up and this is a limited time thing. There is no way I want to screw around with all this shipping nonsense for long. (Labels. What the fuck is the point of making shipping labels so stupidly complicated? @[email protected]) So if you’re interested in a calendar full of nostalgic Demon Bonded covers, now is the time.

Oh, and I added some of the inner images so you can see on the site. It really is just the old covers, plus an extra poster for the bonus month. 😉

I have way more focus during the week since turning off social media. I appreciate my work more, actually. I’m not looking for distraction. I have plenty of shit I can do to distract myself and be productive at the same time. But my weekends now feel a bit like Jerry Springer time cuz I stumble into Facebook and Twitter and YouTube, and I realize just how desensitized I have become to so much insanity. The drama! The click-bait. The fucking useless text wars over shit that will never impact the individuals posting. It is amazing.

It’s also an interesting perspective when I think of the hours to days wasted on shit that doesn’t matter but people have chosen to invest their emotional selves into it. Like, are people really paying attention to the path they’re taking?

I was thinking about how I used to ride dirt bikes before I got sick. Nothing crazy. The biggest thing I rode was along the lines of a Honda CRF250. I can remember ending up at this motocross event in New York staring up at these people jumping off giant mounds of dirt (it felt like hundreds of feet in the air, although I have no clue how high it was really.) And they were doing crazy tricks while flying, like legs up, entire body lifting off the bike, etc, before having to land with that heavy bike safely on the dirt beneath and not break their faces. All I could think at the time was huh… no way in fuck.

I already knew how I learned to ride a dirt bike. I would go super fast once I figured out how to make sure the thing wouldn’t stall, and I’d keep going fast until I hit a rock, tree root, or a turn I couldn’t make, and I’d go flying to the ground. This was the way I learned things, by being thrown over the handle bars, repeatedly. And to be clear, it was fun as fuck! XD I loved riding dirt bikes.

Still, seeing those people make that giant jump was enough for me to go, nope, that is not a fall I want to make. It wasn’t this fear of possibly falling, so much as knowing that falling was a part of the sport. If you’re not willing to fall, you’re not being realistic. It doesn’t mean you have to fall, but yeah, I know from all the times I went flying, falling was going to happen. Respecting the sport and my limits of not wanting to break any bones, I was not interested in learning to do huge jumps.

But it’s what makes me interested in doing so many things that don’t involve me breaking my face at high speeds. Because I know that failure isn’t that bad and I plan for it. When you try something and fail, rarely are there consequences worth mentioning. Some money lost. Time wasted. Frustration and disappointment. Maybe bruised pride and embarrassment if you have people watching. Is it cancer bad? I took care of my mother through high school until she died; few things are cancer bad. Is it breaking your face bad? Probably not.

Perspective is a beautiful gift, even if how that perspective is gained can feel like hell. I’m thinking about this stuff a lot because it’s a new year—you know, that arbitrary point that we decide is the measuring of a cyclical calendar for linear time. I see people make resolutions, or talk about not making grandiose resolutions because they’re afraid to fail. They take it so seriously. They’re afraid with every failure they’re not going to try again. And all I think is, wow, people need some perspective on failing so they’ll be willing to go for something.

What if you set the expectation that you’re going to fail at least 5 times, every single month, until you reach your new year’s resolution goal? Well, already you’re giving yourself a message; failing can happen repeatedly, and it doesn’t mean it has to keep you from your goals. People think of fucking up as a one time thing. Like when the ‘worst thing happens’ they’re automatically required to stop and give up.

Today, after years of experience and finding way worse things to face, my worst thing ever is death. I know it’s the end, just as I know I won’t be around to actually experience it. But I didn’t get to this mentality because I gave up. I was able to get here because I learned to accept that fucking up is part of trying something new. The ‘worst thing ever’ is in some ways inevitable, and it’s not the end of the world. I will drop dead one day and I won’t be alive to regret it. I’m hoping the moment before it happens, I’ll be aware enough to have no regrets, though.

Plan for failure like it’s exactly what it is, part of the learning experience, and you won’t ever have to worry about giving up on what you want. You might decide you don’t want it, like I did when watching those people fly off that giant jump. You might decide what you want is a little to the right or left of your original idea, or not in the same category as all. I went from singing professionally to writing commercially. The worst thing that happened was I realized what I was doing wasn’t enough for who I am today, and I changed my goal. I didn’t fail at singing or at life, I just admitted I wanted something else.

Failure loses its meaning when you embrace it. It’s not an end; it’s not a defining factor in your plans; it’s not anything. It’s just a step in being alive, like everything is. When you strip the meaning away, you have so much freedom to love what you do.

I love to learn and grow; it feels like the epitome of life some days. I would rather trip up and learn something new, than stay grounded and never try. I don’t have to break myself to try, but I do have to try. If you find yourself blazing down to Earth in failure like a shooting star, remember someone is making a wish to be as high as you reached for. Nothing has to be the end unless you choose to give up.

I hope you all find something awesome to reach for this new year, or even something mundane, just as long as it makes you happy. That would be an amazing resolution: 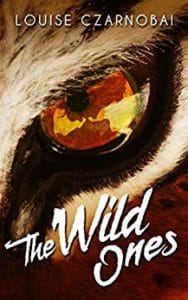 Louis Blackwood has been hiding his true nature all his life, lying to everyone and never daring to trust even those closest to him. When Louis is forced to use the powers he has always kept a secret to save his life, he’s led to prison without any chance of ever seeing daylight again. Until SINS shows up—the Supernatural Institute of National Security.

Lucas Lopes is the most popular professor at New York Supernatural University. Charismatic and honest, he’s renowned for his impressive control of his tiger form and impeccable good looks. Lucas is completely aware of the way he affects people with his charms and beauty, but it isn’t until Louis comes along that his smug arrogance grows to be a problem… 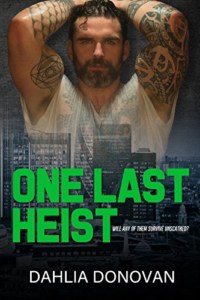 It should’ve been easy. Crack a safe, steal from a villain, and go on vacation. The last thing Mack and Toshiro expect is to descend into a nightmare of betrayal.

Mack Ueda-Easton loves three things: his husband, heists, and his odd family of friends. He lives life on the edge. The only cloud on his horizon is the degenerative disease stealing his sight.

Toshiro Ueda-Easton tries to juggle his husband, his autistic sister, his interfering mother, and all of their heists. He knows they’re spiraling out of control and the journey they’re travelling can’t last.

What neither of them expect is to get catapulted straight into a dangerous conspiracy. They’re now in a race to come out on top. If they fail, the consequences are unimaginable.

Falling in love with your brother’s boyfriend and pining over him for a decade? It can’t get any more complicated than that!

Van found the man of his dreams on his fifteenth birthday. And promptly lost him on the same day when he realized Parker was dating his older brother, Taylor.

Ten years later, Van still nurses his unrequited love, but Parker and Taylor are no longer together. Too bad Parker only sees Van as an inexperienced kid, or a friend at best.

If Van plays his cards right, he might get a chance to tell Parker how he feels. With their complicated histories and Taylor wanting his husband back, their situation is as difficult as they come. Will Van finally get his man, or will he have to give up his teenage fantasies once and for all?

Don’t Call Me Kid is the first novella in the Just Don’t contemporary gay romance serial. If you like your romances on the angsty side and with a touch of complicated family dynamics, then this first book will have you craving for more in no time. 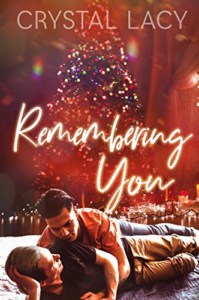 “Careful there, Robbie.”  My sweater obscured part of my sight, and my fogged-up glasses managed to take care of the rest of it, but I’d recognize that voice anywhere, even after eight long years. It was deeper now, a bit more gravelly, but it most definitely belonged to the guy I’d spent most of my early teenage years pining after. My first—and unrequited—love.

“Troy?” I exclaimed, blinking my confusion as he helped pull my sweater the rest of the way off.  Troy Jacobs’ gorgeous lips twitched in amusement. “You remember me. Didn’t know if you would.”

“Oh, I remember you,” I mumbled. Hard to forget your first kiss—or the first guy you ever loved.