?A Sexy Fairytale and New-ish News?

I just wanted to let you know Wendy has released a super sweet book that’s a retelling of Snow White, but it’s sexy mm! 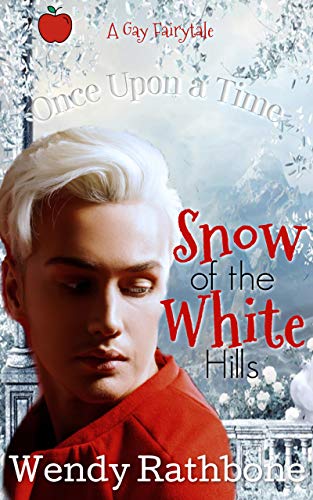 Snow of the White Hills

Once upon a time an imprisoned prince was rescued by seven beautiful men.

For two years, Prince Snow has been locked away in the palace tower. On the night Queen Serena decides to do away with him for good, seven beautiful men with equally tragic pasts appear out of nowhere to rescue him.

Starved for affection, hurt, and in fear for his life, Snow is shown attention and care he has never known. The seven men teach him what real loyalty and love can be.

Doc, their leader, will heal him.

Sleepy, the most devoted, offers to become his love until the end of days.

All yearn to fight to gain Snow his rightful throne.

But Snow cannot justify his new friends putting their lives on the line for him. His heart will break forever if anything happens to Sleepy. Maybe it would be better for all if he just left…

You will love Prince Snow, but you will fall in love with Sleepy!

Hope you all enjoyed your dead guy on a stick day, or weekend, whatever your thing is. My weekend was spent with my bf’s relatives (because holidays are created for introverts to be forced into utter discomfort to endure some pointless ritualistic exercise in tribalism. Totally XD)

Oh, and I have a new (but the same) venture! I decided I’m turning The Paranormal Academy for Troubled Boys into a serial. It’s crazy that the rewrite is just sitting on my website, waiting for me to hurry the fuck up and not have my health get in the way of my writing. It’s killing my motivation and I think the best thing is to start releasing this baby in 50,000 word chunks so that I can feel like I’m accomplishing something and not standing still.

Any betas interested in taking a crack at the first 50,000 words? I’m not rushing to publish if I can get editing help and be able to focus on my current writing as a result. But if I can’t (or I get twitchy like the irrational being I am) I may find myself rushing to get this finished ASAP so I can get back to the rewrite.

I even made a cover to light a fire under my ass. I based it off that original Demon Arms cover, but hopefully with a little more sophistication this time around. 😉 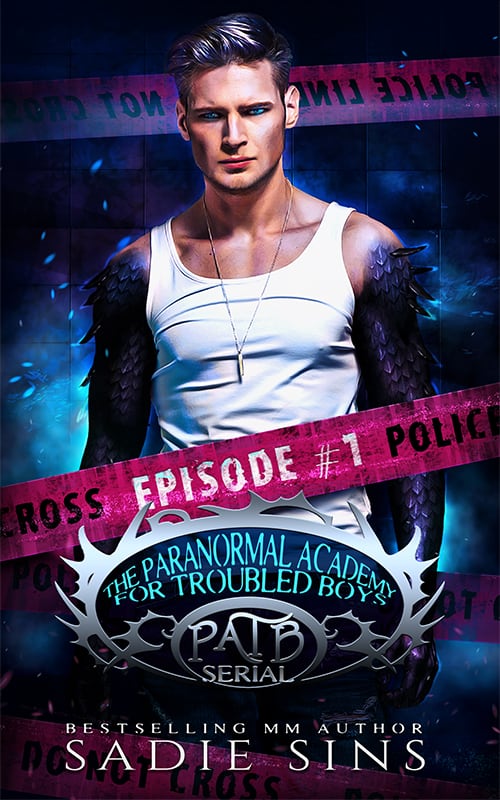 I’m really excited about this. When I first wrote Demon Arms, I wanted it to be a serial but I was super sick at the time. Then when I got to writing Shiny Thief, I had gotten to this place where I felt like I had to conform to the previous book because, well, it was already written. But in doing the rewrite, I’ve kinda unstuck myself from that limited thinking that hit me when I was sick. I want this series to be the best it can be, which means I gotta get past my blocks and limiting beliefs. I know I’m better with smaller goals in this sense that work toward a larger goal, and I think this is going to be the best way for me to get there as I get these books done.

Randomness, but I took the Myer Briggs personality test for the first time after seeing it mentioned on a forum I frequent. I actually took it four times total on four different websites (I assume something like this can’t be fully accurate and wanted to see if there would be an average,) and got a weird, in between of INTJ/INFJ. The T and F are right on the line of who wins. I don’t know enough about it to know if that’s, I dunno, psychosis or just people not fitting into ranges. XD It does make me worry I can’t possibly be objective in the world when it comes to social situations if I’m seeing through a small filter of personality that is not shared in the majority of society. Feeling a bit like an alien today.

But anyways, now I’m looking at the personality types thinking this could be a cool way to come up with a new character. To be honest, I usually build characters up from their trauma of choice. (I know, I know, twisted, Sadie >_< PTSD has ruined my mind.) It might be interesting to have an underlying set of personality traits that work together with life circumstances and trauma to help decide how a character will react in a situation. Like a little cheat sheet of how a character might act based on personality traits.

I think it could be fun to try making a different system just for writing certain types of characters.

Okay, randomness done in newsletter form. Hope you all have a fab Monday ^.^ Oh, and yeah, any betas interested, hit me up through email or comment on the website! I’d love the opportunity for help and input.