?Are You Freaking Kidding Me, America??

I am so fucking angry. Beyond. I am hurt, disgusted, pained—this Kavanaugh confirmation is a pain in my soul and psyche that has no fucking limit. I wasn’t even going to do a newsletter this week, I’m so upset by this all, but Wendy has her newest book out, and it’s fabulous, and fuck, let there be some damn good in the world right now when there is so much injustice. 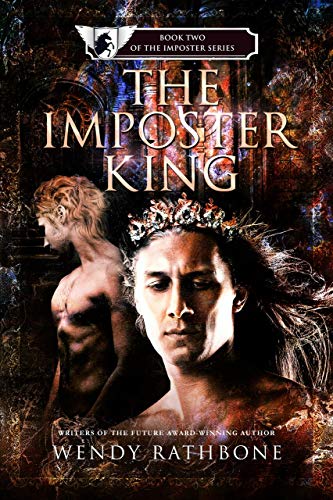 Their love made them close. Their secret kept them closer.

Dare and Prince Malory are happily married and in love, but the secret of Dare’s true identity as a mere servant threatens their romantic bliss.

Messages to the king of Brookfall go unanswered, and rumors of war unsettle both kingdoms. Until one day heralds arrive with bags of gold to ransom Dare and demand his return to Brookfall.

King Millard, Prince Malory’s father, orders Dare to make the journey to see his father. But Dare is not the true heir, and if they meet, the secret he and Mal have been guarding will be revealed. Also, impersonating a royal means a death penalty offense. Worse, it could mean all-out war between their countries.

They chose one privileged man over all the women of this country. They chose one man and said he ‘deserved’ the highest seat we have to offer while he sniveled, blatantly lied, cried like a bitch, bullied, dodged, and refused to be honest. They claimed he would ‘bridge the partisan gap’ when his hearing created one of the biggest fucking divides in this country. They gave him a gift, a gift they had no right to give after holding that seat hostage for over a year, while saying fuck you to abuse victims everywhere.

Fuck this country. Fuck this administration. Fuck what the Republican party has turned into. If there is a true conservative left of sound mind and free of insane, religious and hateful ideology in America, I don’t fucking see them. Many of them don’t even understand their entire party has been taken over by white nationalists, and they still vote like they’re talking about economics instead of the rights of women, of refugee children kept in cages, of minorities being shot at and jailed, of our entire country being cut off from the global economy and world with a wall of lies and fear and tribalism.

America is racist. It is a country built on the genocide of the Native Americans and the labor of the enslaved Africans (and so many more, it never fucking ended,) and long after a war to end all fucking wars, half this country still refuses to admit that racism was even a problem, never mind it’s STILL a problem. America is racist and yet it manages to be even worse in how sexist it is.

America hates women. We treat them like objects, like pretty pets who can’t think for themselves, like weak, pathetic victims who aren’t allowed to be empowered against their attackers but must wait for their adults—their husbands, their fathers, their grandfathers, their uncles and brothers and priests and statesmen—to speak up for them. And when the time comes and those men fail because they’ve gotten too content with raping their domesticated, trained women who aren’t allowed to decide what consent means because they’re ‘all mixed up,’ America shrugs because women don’t matter here. America blames a woman for daring to speak up. America attacks women for daring to believe a woman instead of an accused assailant. America wants their fucking sandwich made and tells those chicks to go drink wine to unwind from the stresses of being oppressed and never getting an equal fucking paycheck no matter how hard they work.

It’s time for America as we know it to destruct. Let it fucking burn. There is nothing left worth saving when we can have credible testimony of a crime, documented repeated lying over 100 times of the candidate under oath of matters not even pertaining to the accusation, and those in our government still just shrug and go ‘business as usual, give that man a job!’ This is not a democracy, and what it takes to build America back into one involves tearing this rotting corpse down. These senior citizens who lived when women weren’t even allowed to have fucking credit cards need to get the fuck out of office.

We could have learned but the impulse was too great to oppress those uppity women once again. Have your own babies. Try and birth a male when all women close their legs and say we’ll only birth girls. Fucking see what gender inequality looks like then.

Fuck this day and fuck this country. Vote blue November, and make sure it’s progressive because those established democrats are just as bought.

« ?Hacked, Patched, And Looking To Escape?
?Dark Fantasies For Abuse Survivors And A Ton Of Rainbows? »