?Dark Fantasies For Abuse Survivors And A Ton Of Rainbows?

So the boyfriend and I are on the road this weekend for out 8 year anniversary. I was super excited cuz it’s the first time in years I got to celebrate our anniversary while healthy. So, naturally, I sneezed the morning of our big trip while still in bed, and my back seized up. Motherfuck. XD But I don’t care. Life is short (much shorter than first anticipated) and I threw my little back support thing on and we went out despite the pain cuz I want to enjoy now.

We ended up checking out the Norman Rockwell museum cuz it was on the way and we both love art. I have to say, I’m particularly jealous of Rockwell’s studio. Having so much room in such a peaceful area to be able to create feels like a dream come true I’m never going to reach. We then drove to Burlington, Vermont to see the last night of the fabulously funny, Jen Kirkman. I love intelligent humor and she was this wonderful mix of quirky eccentric and damn brilliant.

The view was spectacular on the drive. Saw so many rainbows (seriously, double rainbow!) along with the beautiful leaves turning. And one disgusting, giant confederate flag that was a stark reminder even now, even how far we have come, hate is still breeding and festering in the most beautiful of locations. 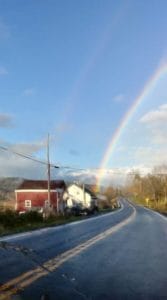 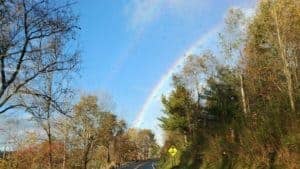 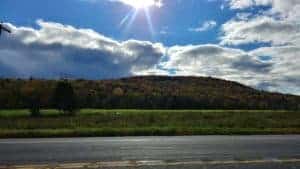 How To Help The World…

I wrote a blog post this week as something constructive and positive after all the damn pain of the Kavanaugh bullshit. I hope you find the time to read it during the week. I go into things that I haven’t shared with most readers before, things I only recently learned about my past. But I knew for a very long time this was a truth for many families, in many different walks of life, and it’s been hiding beneath the surface tearing people apart.

It’s only been recently women have been allowed to talk about sex. It’s only been recently we’ve gained financial independence through bank accounts, credit cards, employment, birth control, equality laws, and voting. We don’t have to wear the ‘dress code’ of a dress for the female gender, but you’ll see, when a man wears this perceived dress code he faces humiliation because to be a woman is still to be lesser in the eyes of society. Women still don’t have equal pay, we don’t have equal representation, and we don’t have our voices taken seriously even now–and this is just in America. Reason is not what drives this world, but instead those little pockets of repression, hate, fear, and I want to help tear the darkness away and reveal our monsters for what they are. Human.

I think the world needs this. I know I needed it. Fear isn’t just the mind killer, it is the nonlife. When we reject our bodies and our sexuality, we reject our very lives. We have suffered too long like this, and now it the perfect time to change it and heal. I want to see #metoo mean more than just a battle cry of the traumatized, but an actual step in changing these common, hidden, and far too many times justified atrocities.

You can read about it here; Dark Fantasies For Abuse Survivors

Join bestselling author Dahlia Donovan on a cosy mystery adventure in Grasmere Cottage Mystery book one. With love, wit, and a murder to solve, life for Valor and Bishan is about to get bloomin’ complicated in this sweet gay romance.

Dead body in the garden? Check.

Police focused on the wrong person? Not good.

All grown up and graduated, Valor Tarquin Scott, son to Earl and Countess Scott, owns The Ginger’s Bread, a biscuit shop, in Grasmere in the Lake District. The love of his life, Bishan Tamboli, has turned his music studies into a successful career playing with the London Symphony Orchestra. It’s a perfect life with their cat, spending evenings watching Poirot on the television.

The nightmare begins with one dead former schoolmate, leading police to believe Bishan is responsible.

Valor struggles to solve the cryptic puzzles left behind in a race to prove Bishan’s innocence.

He can’t help wondering how far the body count will rise before they manage to stop the killer.

Will love persevere when the truth comes out?

LEE
I changed my name, but I can’t change what I did. My brothers died, and I spent three years in witness protection. Returning to Fields, where I once hid out, feels right. Seeing Miguel again feels even better. But when a dead body interrupts my tour of a building for sale, my start isn’t as fresh as I’d like.

MIGUEL
I’ve been trying to curb my habit of leaping into bad relationships, but when Lee comes back to town, he’s hard to resist. Kids are dying, and life’s too short to shy away from a good thing. But will Lee’s mysterious past come back to bite me?

Between police questioning and trials of trust, it’s far from smooth sailing. If we don’t figure out who’s selling synthetic drugs and convince the police Lee is not their man, we may all have a severe case of buyer’s remorse. 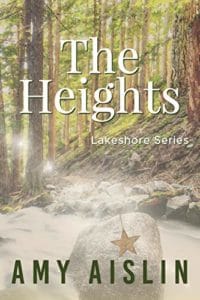 Twenty-one years ago, a four-year old child was kidnapped from his front yard. He was never found. Until now.

All Nat Walker wants is to make his late father’s dream of running a father/son woodworking shop come true. And he had the perfect building in mind—until the new guy in town came in and bought the place right out from under him. The fact that the new guy is adorable means nothing. For all Nat cares, he can take his new dance studio and waltz back to New York City.

Professional dancer Quinn Carroll couldn’t be happier that he made the move to the small town of Lakeshore, Oregon. Sure, it’s not New York, but now he’ll be living closer to his adoptive brother. And since his studio will be the only one in the area, he should get enough business to keep him busy. Besides, there’s something about this place that seems familiar…

He doesn’t expect to fall hard for the local, grumpy woodworker who won’t even smile at him.

Or find out that his entire life is a lie. 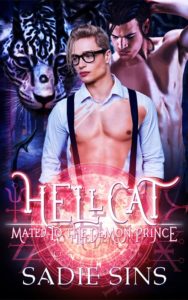 Sean knows what those wicked, hellfire eyes want. Him, on his knees, taking every finger, tongue, tail, and tentacle.

If Sean doesn’t save a witch from a dragon, it’s game over. But he’s changing, turning into someone he doesn’t recognize. He’s not sure if he can play hero, not even when Soot abducts TJ, Sean’s painfully straight crush, to the top of a tower full of witches, gargoyles, and one very pissed off dragon. TJ doesn’t know who to fear more, the demon prince or whatever it is Sean is turning into.

There has to be a way out. Stealing a 3 million dollar hellcat isn’t a binding contract to be a sex thrall, no matter how much his demon master disagrees.