Demon Bonded Update And A Ton Of MM Deals This Week!

I think I might jump right into Feral after that, the third book that follows Heat: Abducted to be his Mate, and Bite: Claiming his Mate. It fits the right length, I have a fair idea what I’m doing with it, and it’s totally a XXX level kind of story. Probably more so because there is no initial relationship between Will and his mate-to-be to soften the events that follow, unlike Heat where Ryan and Shane’s bickering past allowed for a mild level of safety and connection once you had Ryan lose his shit when the mating heat hit him. I want an excuse to explore a little Stockholm syndrome stuff, humiliation, maybe some golden showers and beast… although knowing me it might just get ridiculously cute. >_> I know, issues. XD

I’m thinking that will be fun. I’m disappointed I have to move away from the novels for a bit just to get some cash flowing, but it’s nice to return to some fun, dirty fuck fics and indulge. Speaking of which, I’m totally snagging that ‘Locked’ fic down below. I need to remember fun kinky stuff again.

I was going to do a newsletter last week and ended up deciding against it. Wrote two of them, but legit, I was just too depressed. I didn’t like the voice I was using, didn’t like the place I was coming from, and I think all and all, it was the right decision. Moments pass—they’re just moments—and there is no reason to preserve the lowest fucking ones like they’re more important or are going to define anything moving forward. Depression is a blip, a hiccup in the face of the wonder life can bring, and I won’t dwell in that dark chasm when there is life to live.

I’m actually in my room—yeah, the killer bedroom of doom—and replacing all the stuff back on the walls, getting the shelves back up, and the computer. Carefully testing everything that comes back in the space to make sure it’s safe. All the windows are open and a fan has been blowing air out since I left… what, a month ago now? The days kind of blur at this point.

This is a tentative thing cuz I’m still having issues in the house in general. But as I sit here typing, waiting to finish ozoning my car (water got in there, it smells of mildew, and I’m trying really hard not to freak the fuck out that there might be mold growing in the one place I can sleep @[email protected]) my pulse is fine. A calm 88 verse the 100+ bpm my heart hits when I’m in other parts of the house. I mean, I’m wearing my mask so it’s not a full indicator, but still, it’s a good sign. My pulse goes ape shit when I’m having a reaction, meaning I’m not having a reaction where I currently am. Yay.

We’ll see. I’m just setting the room up as an office in the hopes I can get some graphic work done in here. I’m not getting my hopes up that everything has suddenly fixed itself, but I do have hope that we may be moving in the right direction. Because, legit, I cannot get my hopes up. Multiple Chemical Sensitivity has on average a seven year length to fully heal. Even without knowing the source of this, that fact is pretty standard in a lot of reading. So things can change pretty fucking quick depending on which way the wind is blowing. I’ve read about people moving 13 times seeking a place of safety. I’m not falling into the trap of thinking anything is permanent right now. I gotta adapt and flow.

The first of the lab reports came back and I can officially say I don’t have Mast Cell Activation Syndrome, which is great, but means we still don’t know what set me off. We just noticed the bath water has a blue-green tinge so we’re checking for copper. Apparently copper toxicity can lead to immune problems, tics, anxiety, psych disorders—it can even mimic Parkinson’s—etc, etc. It’s a good contender for being what might have fucked me up this long, and hey, there are paints made for boats that specifically have copper in them for certain underwater properties, and there was that weird marine epoxy under my room for 2 years. No guarantee—it’s still a fucking guessing game and we’re getting the copper water test in the mail in half a week—but it’s another thing we’re checking.

I’ve found a rhythm to life once again. I’m writing fairly consistently. It’s a little difficult because I find myself playing chauffeur 5 days out of 7, and once I’m moving around, it’s hard to wrangle my brain into a place of writing. Seeking shade, seeking quiet, seeking any place where I open the window and don’t end up breathing in something that makes me sick; it’s fucking time consuming. Oh, and I can’t go to bookstores anymore. I started reacting to the scent of ink and paper, so, yeah, fuck my life. But my brain is working. The last few days have been the clearest it’s been in a while. Keeping expectations low, but again, hope.

I refuse to wait seven years to start my life again. Fuck that. I will not be waiting seven years to get back to Sorcerer Slayer. Fuck that. I am not putting my life on hold. I am distracted by this, by my need to make an income while I’ve been in pain and disabled on a level I haven’t had to deal with in a long time, but I’m not fucking waiting. Moving forward. Planning. Gaining ground. This shit is happening even if I’m writing out of a car, or van, or a damn cardboard (mold free, thank you) box. I’m not waiting for anything anymore. I gotta live now.

I know what I want out of life, peeps. When I finished that new Demon Arms cover, I could see a future unfold beyond what I had ever imagined for myself. No mountain is too big, no bullshit remotely worth my time. I’m heading toward my dreams and fuck anything that tries to get in my way. My inner rhino is on this shit. Rawr! XD 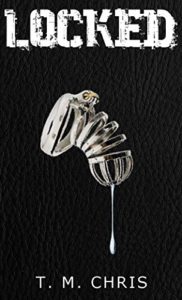 I can see the headline now: Locked Boys Transcend Tumblr. My article on Chip and Billy—two twinks locked in the name of love—is going to take this niche kink mainstream.

When Marshall arrives to interview The Chastity Brothers, he has much to learn from them about frustration and denial, about service and devotion, about what kind of men get to play the role of alpha male and what kind of men allow the very essence of their manhood to be controlled, ignored, locked up, and denied.

And somewhere along his journey, he might just find a locked boy of his own. 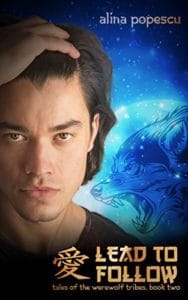 An attempt on Ganzorig’s life by members of his own tribe sends the Siberian Killers into turmoil. On the brink of civil war, Ganzorig’s role as a beta and the Mongolian leadership of the tribe are under threat. A relationship is the last thing Ganz needs, especially since the man he is falling for is a prime target for the Russian packs challenging his rule.

Cristian has enough on his plate ruling the Dacian Wolves. His alpha spends most of her time in the UK and the Romanian packs turn to him for leadership. Getting dragged into Siberian Killer feuds, discovering their male beta is who Cristian is falling for, and having a permanent target on his back are not things he’s bargained for.

A grueling fight for survival, great plans for the future, and an attraction that’s undeniable bring Ganzorig and Cristian together. Faced with real danger, tribe responsibilities, and their own fears, it hardly seems enough to keep them from going their separate ways.

From bestselling author Dahlia Donovan comes a new witty novella between three very different men. With drama, emotional turmoil, and hilarious banter, be prepared to be swept away in Dahlia’s British M/M/M romance.

When one drunken night forever scars three best friends, will they ever find a way to pick up the pieces?

Eaten up with guilt, Ivan Black spends ten years hiding from the world. He retreats to his family forge to wallow in misery. Alone. So lonely his heart aches with it.

Wesley Cook and Rolland Spence have been together since university. They struggle through the physical scars of the accident, building a life in the ruins of their dreams. They find happiness but continue to miss their angry ginger Viking—Ivan.

In all the anger of wasted years, the three men find a way to forge a relationship as hot as the fires in the smithy.

Forged in Flood is a stand-alone British contemporary M/M/M romance. With heartache, hot men with foul mouths, and plenty of heat, enjoy getting to know Ivan, Wesley, and Roland. 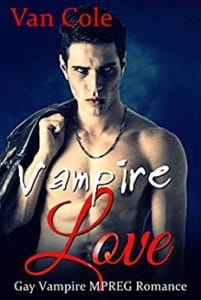 Can Their Love Withstand Their Fathers’ Feud?

A war has been declared. Only, it was a secret war. Claude and Ronnie live in a divided city -split in two by their fathers’ feud. But it’s also divided by fear. On one side stand humans, united and powerful and on the other side, vampires run, alone and scared.

Caught up in the middle is spoilt rich kid Claude. Not long ago, he was a carefree playboy. But now, is a virtual recluse. Because he is the thing that his father hates even more than his business rival. A vampire. And when he saves mysterious stranger, Ronnie, from certain death, he finds himself in serious danger… from his own father!

Soon both their lives are hotly entwined … in more ways than one! With a price on their heads, they must both run from their families. And will they make it out of the city alive?

Patrick is gorgeous, gay, and a lawyer climbing the corporate ladder. His fears about what his family and colleagues will think about his sexuality mean that he wants to stay firmly in the closet. When he goes to a new club in search of a one-night stand, he is picked up by Liam, the bar’s owner.

Liam is big, beautiful, and also a top. A hot and heavy night ensues leaving them both thinking there could be more to their hook-up than just sex.

But Liam is out and proud gay. His integrity will not stand for Patrick’s closeted sexuality. Patrick asks for enough time to come to terms with all the changes Liam will bring to his life…and major problems occur. 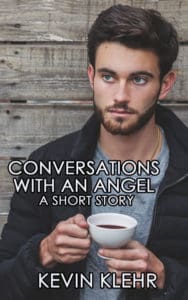 Conversations with an Angel – Free

Jamal has a typical mother who’d like him to succeed in all aspects of life, especially when it comes to marriage. But Jamal already has a partner. His name is Farnham.

And while Jamal doesn’t want to disappoint his family, his mother’s interference is pushing Farnham away. In the end it will take a voice of reason to help Jamal rethink his life. 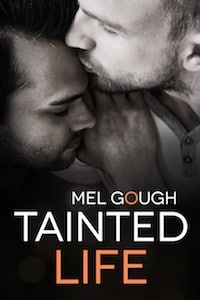 « Surprisingly, The Parking Lot Is Safer Than The Park
⚡Demon Bonded #11 Is Published!⚡ »