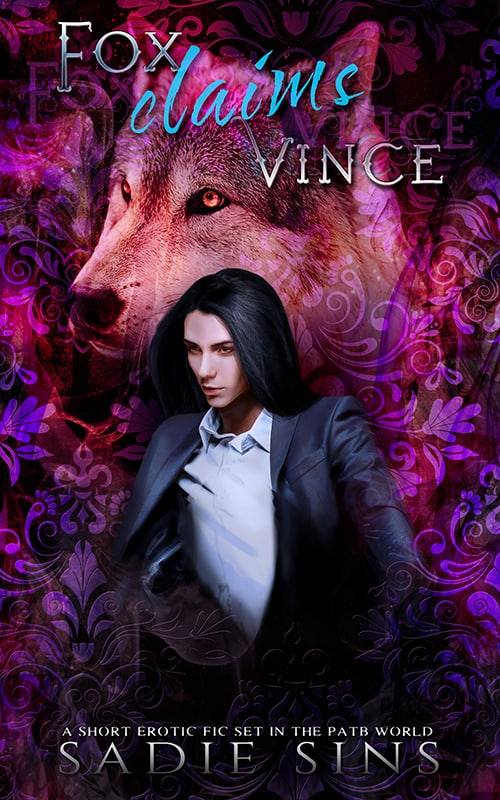 So, I didn’t set out to make a cover for this story. I just wanted a picture for the website because I just finished making the audiobook and wanted, you know, something. But apparently my brain is a monster, and once I started, it just would not let me stop until it looked respectable. I think it’s rather pretty if not a bit surreal. It suits Vince — Vincent’s mind is either a mess of monsters or beauty, with very little concrete for him to grasp to… which kinda makes dating a shadow fox shifter who naturally camouflages rather fitting, now that I think of it… hmm.

Anywho, off to figure out wtf to do next. This is the first time running my graphics PC in the office bubble cleanroom. The room heated up a fair amount, even with the AC on, and nothing has cooled it off since. Doesn’t help that the sun hits this side of the house constantly at the worst temperatures. Not sure what to do about it. It’s not horrendous levels. I think just being sick so long has made me really sensitive to temperature changes.

I want to write some erotica. Something short, offensive, and finished. I feel like I need to remember how to just throw myself into a story and get to the end again. Task completion combined with wading in the dark woods to find the path.